A HOME FOR FRIENDSHIP – OSLO IS IN MOTION is series of invitations and public programs organized between the Vandal’s trusted community and ourselves.

+ 16th-20th of May 2017: Maze of My Skull, a performance installation by Shinbal Company

How much are we willing to compromise in order to fit into society? How can we meet our own needs and wishes in ways that can serve or contribute to something valuable?

These are some of the questions that the project started with and that we will continue developing throughout our work.
We want to bring the audience into a space created to give the sensation of the pressure we feel from the world around us. Both performers and audience will meet in a way that is beyond just roles or social personas, while looking for ways to open up our minds and understanding the maze we all have in us, between us and around us. 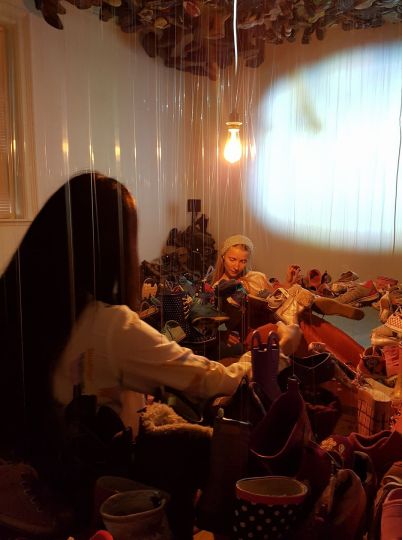 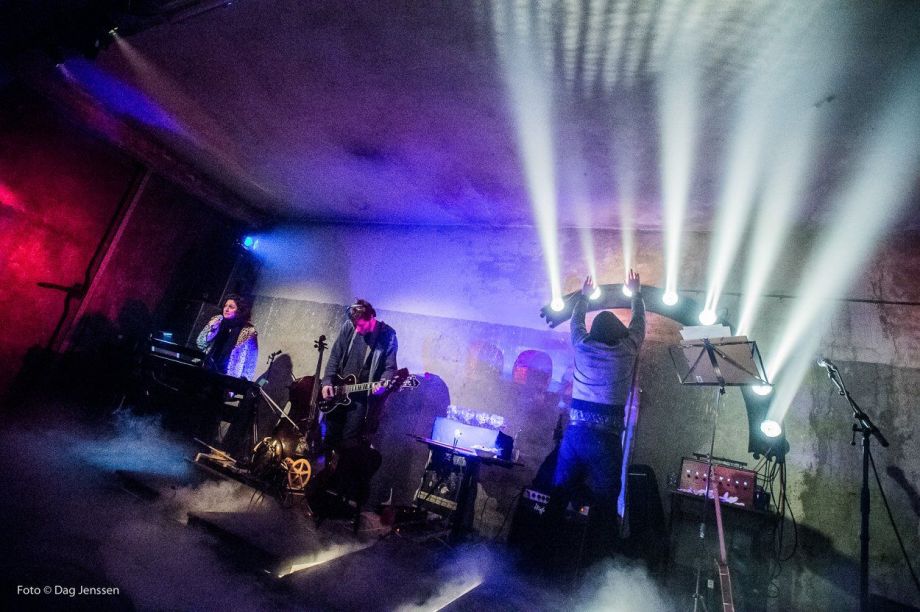 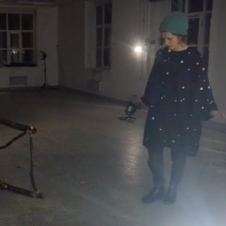 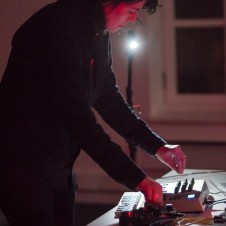 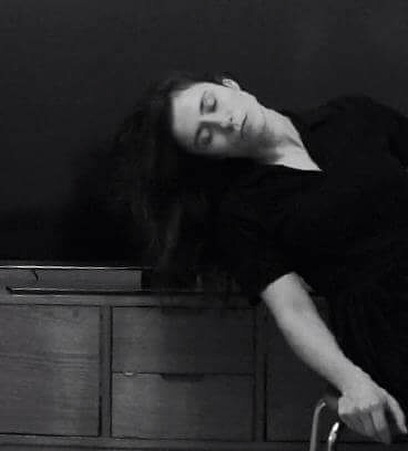 A live experience art-performance, in a house.

ONE HOUSE. 4 STRANGERS. NOTHING ELSE IS ABSOLUTE.

STRANGERS is about an intriguing situation with 4 people, meeting in an unknown house. Sharing some time and space together, without knowing exactly why they have ended up there. They will try to figure out how to find their place in this new setting, revealing fragments of their identity on their way.
We live in a world full of diversities, but we are still sharing some common values, fears, dreams and emotions that exists in all of us.

STRANGERS explores the boundaries that the identity implies, and the common ground that we can establish. The performance transforms a common room, filling it up with new memories, making it an extraordinary space.

In collaboration with Vandaler Forening & Fond For Frilansere.
Duration: 50 min.

Vandaler forening is thrilled to invite Isabel Cantzler for her first public presentation in Norway.
Isabel Cantzler is an artist based in Sweden. Her practice spans from painting to sculptural works.
Her latest shows include solo exhibitions at Södra teatern (Stockholm), Galleri Verkligheten (Umeå) and group exhibitions at Fondazione Giorgio Cini (Venice, Italy), Uppsala Konstmuseum, Gallery Espace el Scibe (Paris), Gallery ZOR (Warsawa) to name a few.
During her stay at Vandaler forening, she will produce new works by experimenting with textile and electronics. 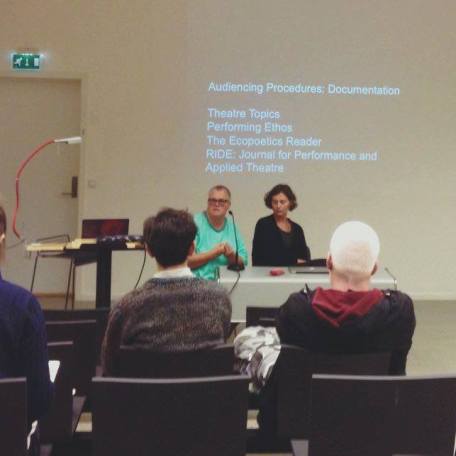 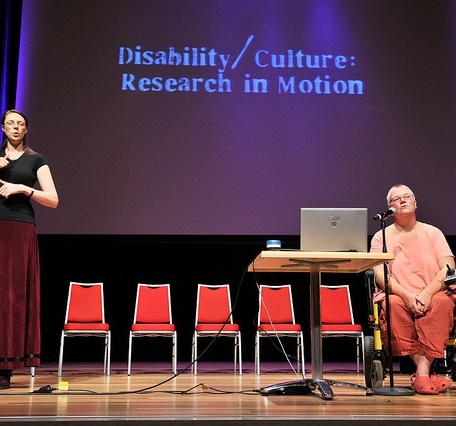 Petra Kuppers is an internationally active disability culture activist, a community performance artist and wheelchair dancer, and a Professor at the University of Michigan. She also teaches on the low-residency MFA in Interdisciplinary Arts at Goddard College. She leads The Olimpias, a performance research collective. In 2015, she received the President’s Award for Art and Activism by the National Women Caucus for the Arts, at the College Art Association’s National Meeting in NYC.

Stephanie Heit is a poet, dancer, and teacher of somatic writing, Contemplative Dance Practice, and Kundalini Yoga. She lives with bipolar disorder and is a member of the Olimpias. Her debut poetry collection, The Color She Gave Gravity, was a Nightboat Poetry Prize finalist and is forthcoming from The Operating System in spring 2017. Her work most recently appeared in Midwestern Gothic, Typo, Streetnotes, Nerve Lantern, QDA: A Queer Disability Anthology, Spoon Knife Anthology, and Research in Drama Education: The Journal of Applied Theatre and Performance.

The Olimpias (www.olimpias.org) is an artists’ collective, founded in 1996 in Wales during work with mental health system survivors. Associates come from across the world, with a current US center. The Olimpias create collaborative, research-focused environments open to people with physical, emotional, sensory and cognitive differences and their allies. In these environments, they can explore pride and pain, attention and the transformatory power of touch. The Olimpias is disability-led, and non-disabled allies are always welcome. 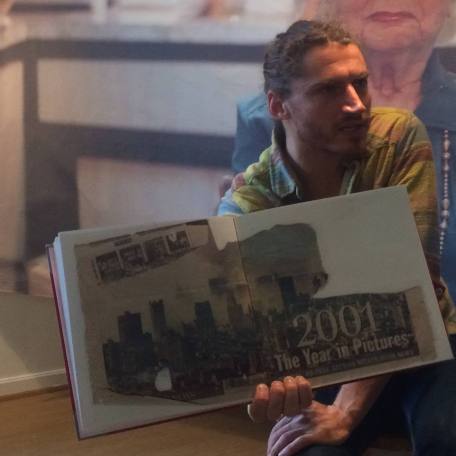 Ethan Rafal’s work deals with the individual and collective experience of violence, and the ways in which subsequent representations of violence inform personal and national mythologies. Photography has been the essential space for his practice, due to the unique relationship between image and violence, but he works through performance, installation, video, new-media, and social-practice methodologies, as necessary. His total practice is community oriented: he teaches, mentors, helps run an art space, collaborates/organizes widely, and has just started an imprint to publish so-called ‘difficult’ work. 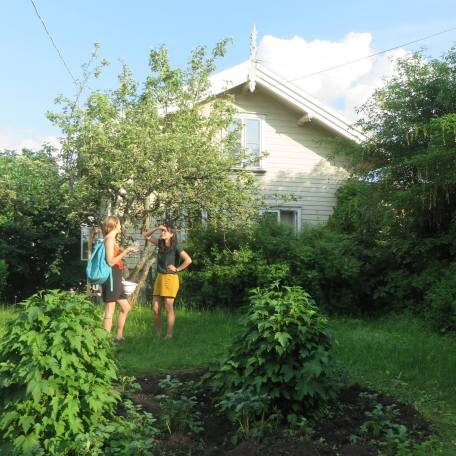 Luca Forcucci is a binational Swiss and Italian composer, artist and writer with a Ph.D from De Montfort. He has been a researcher at Groupe de Recherches Musicales in Paris and at the Brain-Mind-institute of Lausanne. Through our program, Luca will have a residency at Notam working on a 8-channel installation.

His work observes the perceptive properties and relations of sound and space through sound installations, visuals, compositions and performances. In order to explore the field of possibilities for sound in a context of music and art as experience, the works converge with dance, digital performance, poetry, architecture and neuroscience. In this context, he is interested by perception and consciousness.

His compositions has been placed in a field between electronic music and field recordings collected from around the world; amongst other places Sao Paolo, Shanghai, the Swiss Alps and the Amazonas. Listen 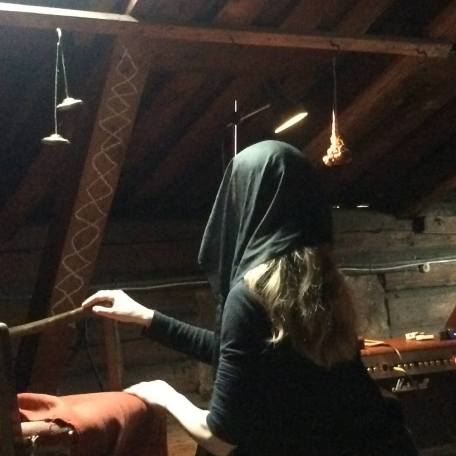 Claroscuro is a sound theatre piece that comprises four parts for prepared tiple and video. Its origin point comes from a ceremonial landscape composed of a set of hypogea carved in the volcanic rock. The sites it makes reference to are subterraneous constructions designed by indigenous people that inhabited the mountainous region in the central west area of Colombia approximately from 1000 BC to 1600 AD. Although the concept of the piece is based in a specific geographical place, the idea of deconstruction of the memory is explored throug- hout the piece in order to create a hybrid. John will have a display of his work during Oslo Open and lead the children’s workshop.

John García Rueda is a Colombian composer and improviser currently based in London. He plays the tiple which he studied with Enerith Núñez Pardo. Likewise, he has taken part in workshops about extended guitar techniques with Arturo Parra as well as guitar master-classes at Festival Internacional de Guitarra de la Habana.
His work exhibits a cross-disciplinary approach to sound. He has composed music and designed sound for film documentaries, dance works and multimedia installations and has been involved with collaborations within the areas of theatre & performance, fine arts and literature.
John García Rueda looks for the intercultural dialogue that makes emphasis into the experience of the memory. He conceives sound and music as a medium to relate to different frameworks and thinks of the fact of getting in touch with cultural symbols as a way of deconstructing the experience of the self.

Signhild Meen Wærsted’s productions span from children’s performances to live art and installations. The core of her exploration lays in the communication between the space and the performance and between the performers and the spectators. This clearly shows in her work, which are often either site specific or interactive. She will work together with John García Rueda. 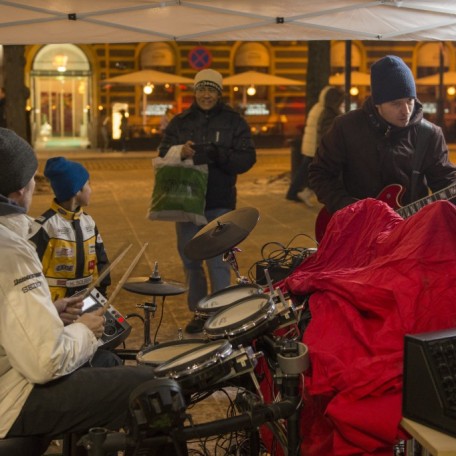 Marianna Maruyama is an American artist based in the Netherlands.

Through writing, audio recording, drawing and play, she looks for ways that sound and movement facilitate an understanding of position. Orientation and voice, specifically loss of position as it relates to loss of voice are dominant themes in her practice. In collaboration with Casco Office for Art, Design and Theory, Utrecht, DAI, and Werkplaats Typografie, she published the first edition of TRANSLATION IN THE DARK, a series dealing with translation. Recent projects include: How Language Moves at Goleb, Amsterdam; Il Milione at GEMAK in the Hague; and the workshop How to Lose Your Voice, a part of the NOA Language School Il, also in Amsterdam. In 2014 she exhibited at the Museum of Yugoslav History, Belgrade and Mirta Demare Gallery in Rotterdam. Other international exhibitions include Centers (solo show) at Diginner Gallery, Tokyo and Genius Loci at Klaipėda Culture Communication Center, Lithuania.

She has given talks at the Kaliningrad National Center for Contemporary Arts, the Gerrit Rietveld Academie, the Dutch Art Institute, PAKT (Amsterdam), GEMAK (the Hague), and the Netsa Art Village in Addis Ababa, Ethiopia. Maruyama holds a BA in Studio Art from Oberlin College (USA), an MFA from the Dutch Art Institute (DAI), and moved to the Netherlands after an extensive working period in Japan.